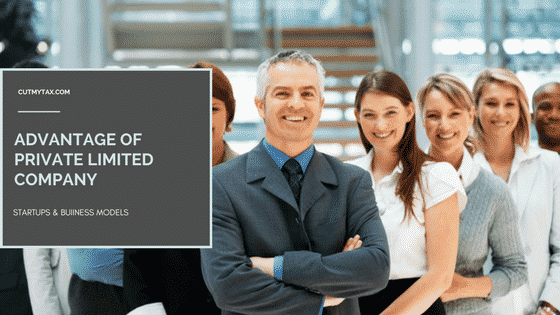 A private company is most common line of doing business which aims to earn profit and also to enjoy the benefits of incorporated entities. It is a successful business model. Owners hold all shares of the company. It also results helps to protect the personal assets. The following advantages may force an individual to form a private company for doing a trade:-

A private is easy to form as it requires only two members and shareholders with capital of Rs.1,00,000 only. The company could start its operations after getting Certificate of Incorporation only; there is no need to wait for Certificate of Commencement which is required by a public company.

The legal formalities to be followed are less in Private Company as compared to Public Company. It can avail many exemptions and privileges under the company act. The operations of the company can be pursued easily.

Unlike a public company, private company’s need not to publish its documents and other files in front of the public. So a private company is better to keep secrets of the company.

There is separation between management and owners but it is too less than a public company so there is a feeling of belongingness in the employees of the company for the company which is beneficial as a general interest of the company.

A private company enjoys tax benefits also as these companies have to pay corporate tax on taxable profit and tend o be exempt from higher personal income tax rates. There are more tax deductible expenses and allowance available to private company instead of a sole trader.

Shareholders allowed in a private company are 200 and this number of people makes it easier to raise funds. Private companies can issue debentures as well as get loans from the banks easily as the main motive of a private company is to make profits, the investors and banks can trust a private company more than any other form of concern moreover private company can provide collateral very easily. With more resources large scale production can be done thus reducing cost which leads to more profits.

A company is legal entity i.e. it is considered as a separate person on the eyes of the law. It is an artificial person. It has wide legal capacity and it can also own a property in its own name. It is different from its members. No shareholder can claim upon the property which is on the name of the company.

Capacity to sue and to be sued