In India income is considered a cake which can’t be eaten full by the people. It means that it is considered that taxation and income has direct relationship i.e. more you earn more you have to pay tax. It is true to its extent but is not completely true. There are some incomes on which an individual/ corporate did not have to pay tax. Here we are describing some major heads of incomes. You can also download the complete list of exempted income in pdf format from the link given at the end of this article.

These are known as Exempted Incomes. So we can say that there are two types of incomes (i) Taxable income (ii) Exempted income. Generally people are not aware of exempted incomes. These incomes are not added to the total taxable income and accordingly tax liability is calculated. 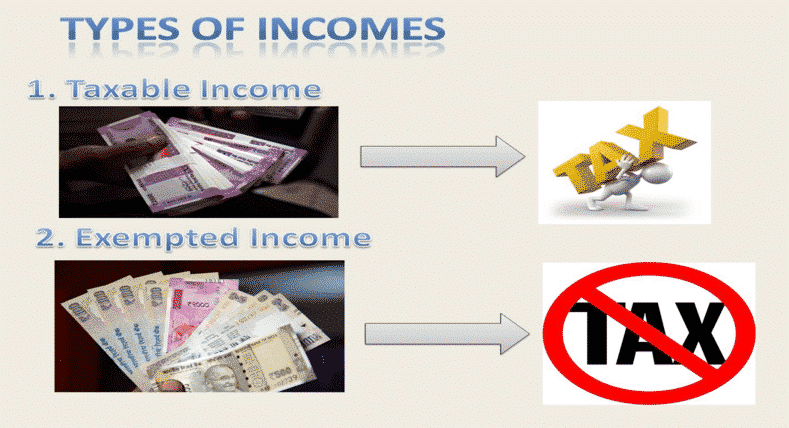 Section 10 of the income tax act, 1961 lists the all those incomes which do not form part of taxable income. So before starting a business or profession these incomes should also be considered which could become a tax advantage to the business.

Here are some of the common incomes on which an individual/ corporate need not to pay tax:

Income earned on sale of the shares or units of equity oriented mutual fund which are held for more than 1 year and on which Security Transaction Tax (STT) is paid and are also listed in a recognized stock exchange is exempt from tax obligation under section 10(38) of the income tax act.

Income earned by the way of dividend as referred in section 155-O from the domestic company on shares or mutual funds is fully exempt from tax under section 10(34) but max up to Rs.10 lakhs

This is not actually an exempted income but is deduction under section 80TTA which exempts the income earned in the way of interest on saving account up to Rs.10,000 flat. This income is to shown in as the income from other sources in the tax return then it can be allowed as deduction.

The gratuity received by an employee of the Central Government, State Government or local authority on death or retirement is fully exempt under section 10(10). For non-government employees covered by the Payment of Gratuity act,1972; the least of the following is exempted:

Gratuity received by non-government employee where employer is not covered under Payment of gratuity act; least of following is exempt:

The scholarships or awards given to the deserving student for meeting the cost of education irrespective of actual expenditure is exempt from tax under section 10(16) of the act. There is no maximum limit for this exemption i.e. the full amount received as scholarship will be exempt from tax obligation. Scholarship may be given by any institution whether Govt. or private or any trust.

Life insurance policy not only secures one life’s but also helps in tax saving as the amount received on maturity from the life insurance company on completion of the term, provided the premium paid to actual capital sum assured does not exceed the prescribed threshold as provided under the act.

The amount received be the employee of the company or any other organization on voluntary retirement where the scheme is framed as per Rule 2BA of the income tax rules is exempt up to maximum of Rs.5 lakh.

Arpit Goyal is pursuing CA and B.com & also working as an article assistant in Gurgaon. He has an immense interest in Taxation. He loves to use technology to spread knowledge about taxation & accounts.